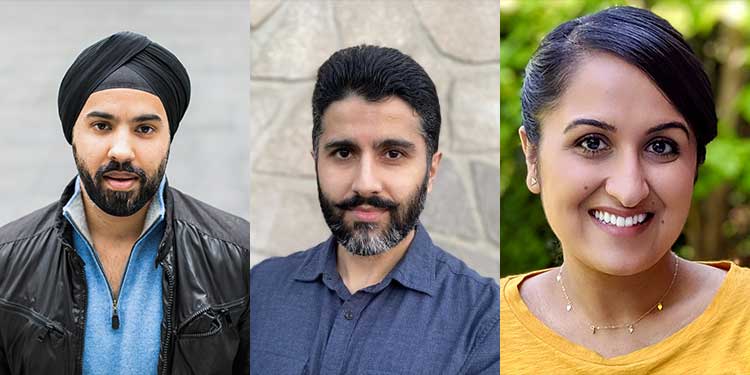 India is in a crisis. In September 2020, the Indian government passed three new agricultural bills that deregulate and privatize India’s agricultural industry. Since then, farmers and farmworkers across India have taken to the country’s capital, staging the largest protest in human history. By prioritizing corporations over people and the planet, many believe these laws further environmental degradation and economic oppression, deepening an already stark wealth disparity. These protests are as much about land rights as they are about human rights, as dissent continues to be silenced.

In this urgent conversation moderated by social impact advisor Manpreet Kaur Kalra, panelists Arjun Singh Sethi, a human rights lawyer, and Navyug Gill, scholar of modern South Asia and global history, unpack the history of industrialized agriculture in India and the geo-political factors influencing the protest that is unfolding today.

Arjun Singh Sethi is a human rights lawyer, professor, author, and community activist based in Washington, DC. He works closely with Muslim, Arab, South Asian and Sikh communities, and holds faculty appointments at Georgetown University Law Center and Vanderbilt University Law School. In the wake of the 2016 election, Sethi traveled the country and met with a diversity of people to document the hate they experienced during the campaign and after inauguration. American Hate: Survivors Speak Out was released in August 2018r. Sethi also serves as Co-Chair of the Committee on Homeland Security, Terrorism & Treatment of Enemy Combatants at the American Bar Assocation and has served as a legal observer across the world, including military commissions at Guantanamo Bay.

Navyug Gill is a scholar of modern South Asia and global history. He is Assistant Professor in the Department of History at William Paterson University. His research explores questions of agrarian change, labor politics, caste hierarchy, postcolonial critique, and global capitalism. Currently he is completing a book on the emergence of the peasant and the rule of capital in colonial Panjab. His academic and popular writings have appeared in venues such as the Journal of Asian Studies, Economic and Political Weekly, Al Jazeera, Law and Political Economy Project, Borderlines, and Trolley Times.

Manpreet Kaur Kalra (she/her) is a social impact advisor, anti-racism educator, and Seattle-based activist working to decolonize storytelling. She navigates the intersection of impact communication and sustainable global development. She founded Art of Citizenry to support impact-driven businesses and organizations to address inclusion in all aspects, from business development to marketing strategy. Her activism focuses on the interconnectivity of economic, social, and climate justice. She educates using a variety of mediums, including the Art of Citizenry Podcast, where she shares her nuanced and unfiltered insights on building a more just and equitable future. Her work unpacks history and addresses systemic power structures. She serves on the board of the NYC Fair Trade Coalition and co-established the Justice Equity Diversity and Inclusion Committee of the Fair Trade Federation.