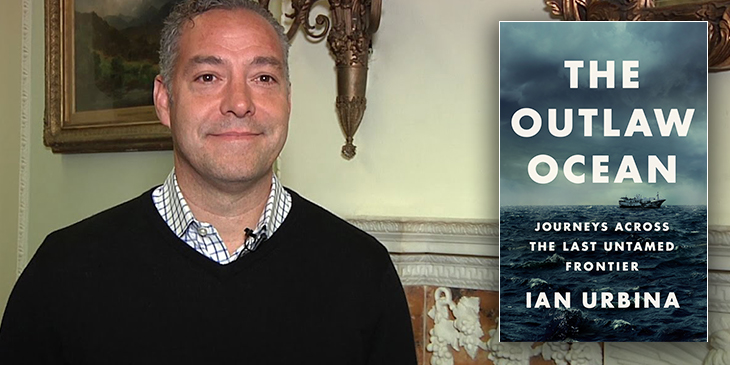 There are few remaining frontiers on our planet, but perhaps the wildest and least understood are the world’s oceans. Too big to police, and under no clear international authority, these immense regions of treacherous water play host to rampant criminality and exploitation. Drawing on five years of perilous and intrepid reporting—often hundreds of miles from shore—New York Times investigative reporter Ian Urbina introduces us to the inhabitants of this hidden world. With accounts from his book The Outlaw Ocean: Journeys Across the Last Untamed Frontier, he reveals stories of astonishing courage and brutality, survival and tragedy, and a globe-spanning network of crime and exploitation that emanates from the fishing, oil, and shipping industries, and on which the world’s economies rely. Sit in for a gripping adventure story and stunning exposé that brings fully into view the disturbing reality of a floating world that connects us all—a place where anyone can do anything because no one is watching.

Ian Urbina is an investigative reporter for The New York Times. He has won a Pulitzer Prize for Breaking News and a George Polk Award for Foreign Reporting. Previously he was a Fulbright Fellow in Cuba, and he has written about the Middle East and Africa for various outlets including the Los Angeles Times, Vanity Fair, and Harper’s Magazine.