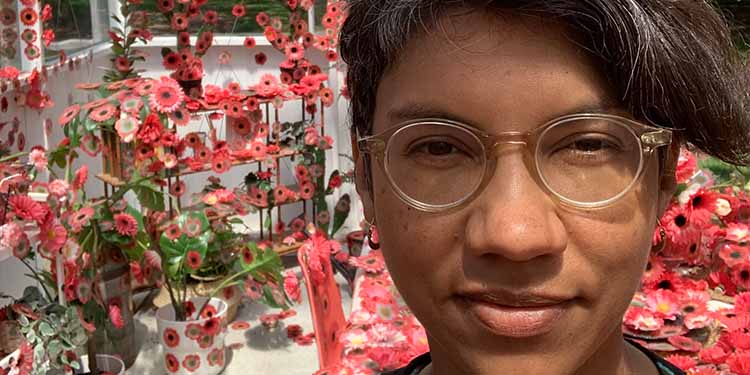 Puerto Rico has faced challenge after challenge in recent years, from economic crises and political upheaval to the aftermath of two consecutive and powerful hurricanes — Irma and María — in 2017. The devastation caused by the storms was widespread, destroying the already-fragile power grid, making most roads impassable, and costing thousands of people their lives.

Years later, as rebuilding continues with ongoing struggles, an often-overlooked population of Afro-Puerto Rican women are drawing from a well of cultural knowledge to enable their communities to survive and thrive. In her new book, Making Livable Worlds, anthropology professor Hilda Lloréns describes the everyday acts of resistance maintained and passed on through generations of Black Puerto Rican women. Despite oppressive narratives that attempt to erase them, Lloréns contends that these women are the central agents of social change in their communities. The restorative changemakers. The true heartbeats. Llorens brings the histories of these marginalized women to life in their continued fight against exploitation, further environmental destruction, and deepening capitalistic roots.

In the 123rd episode of Town Hall’s In the Moment podcast, Lola E. Peters and Hilda Lloréns discuss how Afro-Puerto Rican woman are producing good, meaningful lives for their communities through solidarity, reciprocity, and an ethics of care.

Lola E. Peters is an essayist and poet living in Seattle, WA. She serves as Editor-at-large for the South Seattle Emerald and has written articles for several publications including The Seattle Star and Crosscut. Her poems have been published in multiple anthologies as well as her own two collections, Taboos (2013) and The Book of David: A Coming of Age Tale (2015). In addition to her published poems, she has written commentary for and edited several online journals and newsletters and served as managing editor of a national newsletter for social justice activists. She is the author of a book of essays, The Truth About White People (2015).