Hedrick Smith
Aftershocks From the Populist Earthquake of 2016 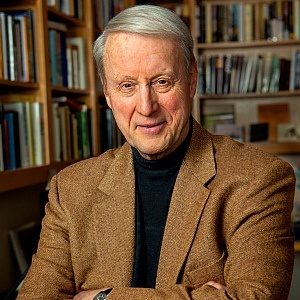 November 2016 brought a political earthquake, and our country is still feeling the aftershocks. Far from the usual polar clash of left vs. right, conservative vs. liberal, Republican vs. Democrat, it was the most dramatic populist rebellion in American politics since the election of Andrew Jackson, and both major parties were shaken by mass mutinies against “the power elite.” Hedrick Smith, a Pulitzer Prize-winning former New York Times reporter, returns to Town Hall to consider whether President Trump and the Republican majorities in Congress will be able to deliver on their promises of a better deal for working- and middle-class Americans; or will the fractious style of the new President and the conflicting ideologies at work within the Republican Party will do the opposite—widen divisions in American society, increase economic inequalities and sharpen public demands for more basic reforms in our political system.

Presented by: Elliott Bay Book Company and Town Hall as a part of our Civics series.
Series supported by: