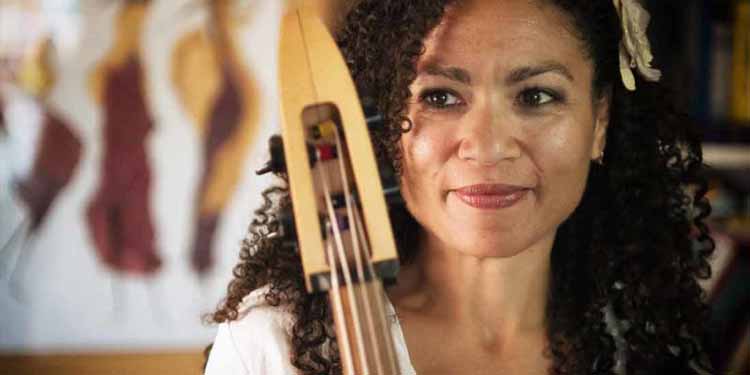 Town Hall’s Artist-in-Residence, cellist Gretchen Yanover, will perform new works as well as works-in-progress that have evolved during her residency. The program will include music for string trio in addition to electric cello, with Gretchen’s NW Sinfonietta colleagues and bandmates Anna Doak (bass) and Brandon Vance (violin) joining onstage. The evening will also include performances with Ben Thomas (cajón), as well as the poetry of Reagan Jackson and dance elements by The Willows.

Gretchen Yanover is a Seattle cellist who performs as a soloist on electric cello and looping pedal — a tool that changed her musical life and inspired her to improvise and compose — in addition to her acoustic cello performance and recording work. Yanover has performed for Earshot Jazz Festival and TEDx Seattle, has had compositions commissioned by Seattle Pacific University and University of Oregon, and has created music for and performed with LeVar Burton for LeVar Burton Reads live. She is a member of Northwest Sinfonietta orchestra and serves on their DEI task force. In addition to being the Town Hall Seattle 2021 Fall Artist-in-Residence, Yanover was the recipient of a Shunpike Artist residency. She has four solo albums to date.