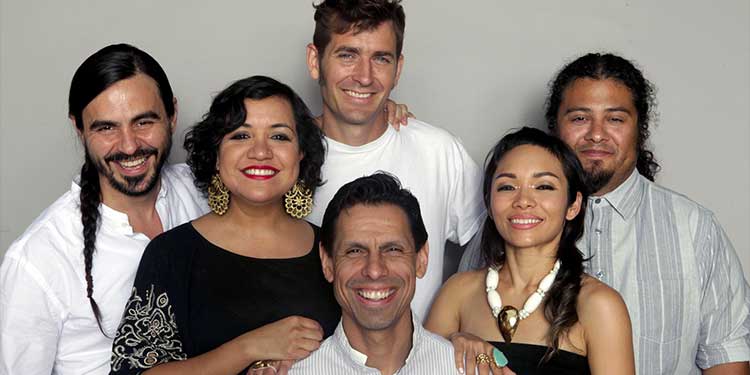 Quetzal was founded in the 1990s by guitarist Quetzal Flores and an ensemble of talented musicians, bolstered by the powerhouse vocals and songwriting of Dr. Martha Gonzales. Quetzal emerged out of a particularly contentious time during the 1990s, spurred by events like the 1992 Los Angeles uprising, the 1994 Proposition 187 campaign (to deny medical and public services to undocumented immigrants and public education to undocumented children), and the Zapatista insurrection in Mexico. The group of Artivists began to use music as a creative expression of voice for marginalized people, resistance to conditions of oppression, and as a proactive response to the problems impacting communities in East L.A.