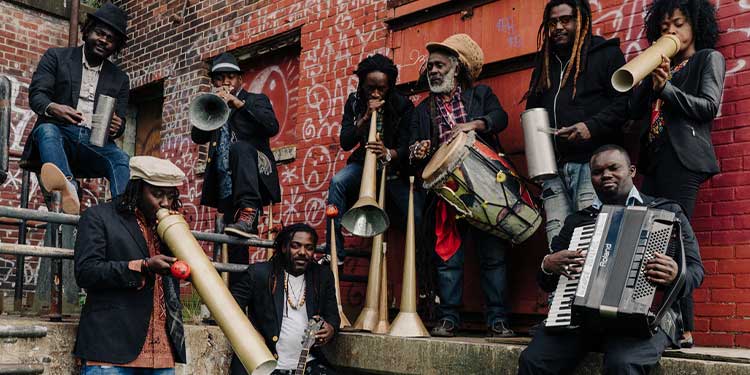 After an earthquake devastated Haiti in 2010, a multi-generational collective of Haitian roots musicians came together to show the world that their country was much more than the sum of the headlines seen around the globe. Today, with their positive messages and roots revival sounds, Lakou Mizik is one of Haiti’s best-known groups and has gained an international following with their critically acclaimed debut album Wa Di Yo.

Known for their dance party-inducing live shows, Lakou Mizik brings soulful energy and a mix of mystical, yet familiar styles to their performances. With strong vocals and unique instrumental influence stemming from Rara street music, the group blends traditional songs and rhythm with pointed political lyrics to create powerful moments of musical storytelling.