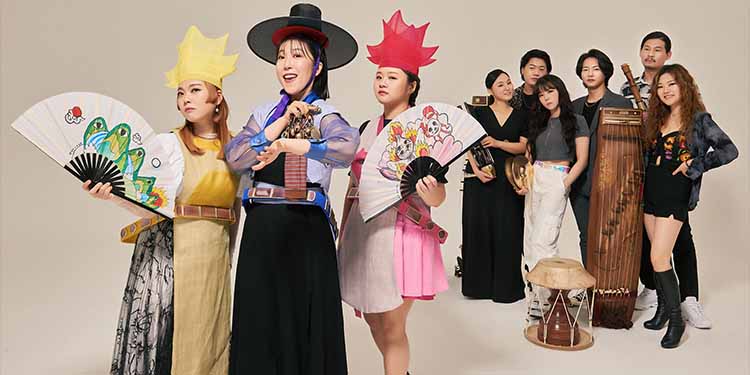 What do you get when you combine traditional Korean folk music (minyo), shamanic and secular gut music, vibrant costumes, and pure energy? You get Ak Dan Gwang Chil (ADG7), a multi-award-winning musical group that’s been bending genres with immersive, spiritual sounds since 2015.

The ensemble features six Korean traditional musicians who bring instruments like the flute-like Daeguem, double-reeded Piri, multi-piped Saenghwang, and stringed Ajaeng together with the vocals of three dynamic female folk singers. They perform repertoire from the musical traditions of the Hwanghae-do region (a western province of North Korea), weaving minyo and gut music together in an amalgam of rhythm, repetition, and storytelling.

The predominantly female group was organized six years ago during the 70th anniversary of Korea’s liberation from Japanese colonial rule—their music expresses the true meaning of liberation and South Korea’s desire for reunification.