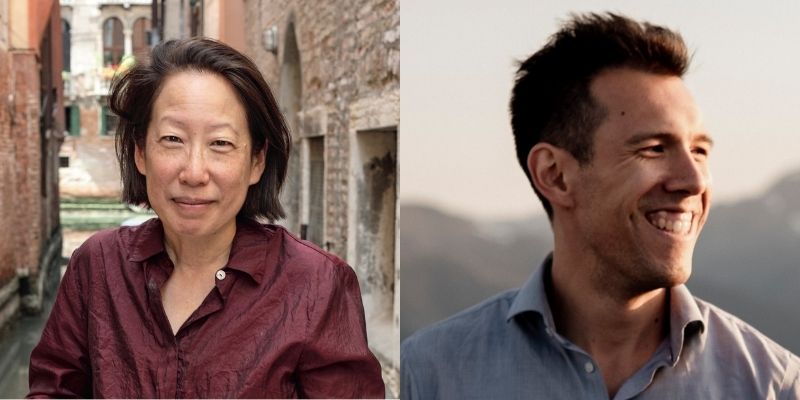 In 1972, Richard Nixon made a historic visit to China. The trip broke 25 years of silence between the U.S. and China, paving the way for the establishment of full diplomatic relations later in the decade. Around the same time, second-generation Chinese American Gish Jen started writing; she first visited China with her family in 1979, the experience undoubtedly shaping her identity as both a Chinese American and a writer.

Jen’s latest book, Thank You, Mr. Nixon, collects 11 stories spanning 50 years since Nixon’s landmark visit and meeting with Chairman Mao. Beginning with a cheery letter penned by a Chinese girl in heaven to “poor Mr. Nixon” in hell, Jen embarks on a witty (and at times heartbreaking) journey through U.S.-China relations, capturing the excitement of a world on the brink of change.

The stories paint vignettes of the lives of ordinary people after China’s reopening: a reunion of Chinese sisters after forty years; a cosmopolitan’s musings on why Americans “like to walk around in the woods with the mosquitoes”; and Hong Kong parents who go to extremes to reconnect with their “number-one daughter” in New York.

Together with writer Daniel Tam-Claiborne, Gish Jen discusses stories of culture and humanity sparked by a pivotal era in U.S.-Chinese history.

Gish Jen has published short work in The New Yorker, The Atlantic, and dozens of other periodicals, anthologies and textbooks. Her work has appeared in The Best American Short Stories four times, including The Best American Short Stories of the Century, edited by John Updike. Nominated for a National Book Critics’ Circle Award, her work was featured in a PBS American Masters’ special on the American novel and is widely taught.

Jen is a member of the American Academy of Arts and Sciences. She has been awarded a Lannan Literary Award for Fiction, a Guggenheim fellowship, a Radcliffe Institute for Advanced Study fellowship, and a Mildred and Harold Strauss Living; she has also delivered the William E. Massey, Sr. Lectures in the History of American Civilization at Harvard University. She is currently a Visiting Professor at Harvard.

Daniel Tam-Claiborne is a multiracial essayist and author of the short story collection What Never Leaves. His writing has appeared in Literary Hub, The Rumpus, SupChina, The Huffington Post, The Shanghai Literary Review, and elsewhere. A 2022 National Endowment for the Arts Literature Fellow, he has also received fellowships and awards from the U.S. Fulbright Program, the New York State Summer Writers Institute, Kundiman, the Jack Straw Writers Program, and the Yiddish Book Center. Daniel serves as Director of Community Partnerships & Programs at Hugo House in Seattle and is currently completing a novel set against the backdrop of contemporary U.S.-China relations.