Francis Fukuyama with Eric Liu
The Discontents of Liberalism 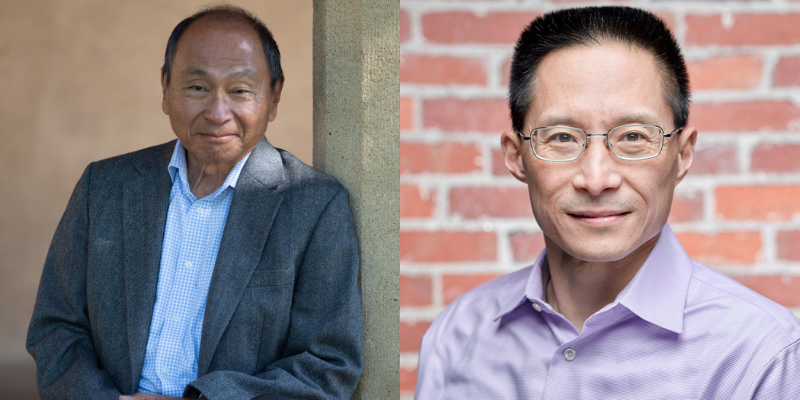 As a philosophy that means different things to different people and groups, it can be hard to know what liberalism stands for. Traditionally, liberalism is viewed as a political and moral philosophy based on individual rights, civil liberties, democracy, and free enterprise. In the 1990s and 2000s, democracy spread and markets prospered, and it seemed like the continuing expansion of liberal values was assured. But recent years have revealed major challenges to liberalism from both the right and the left.

In his book Liberalism and Its Discontents, political philosopher Francis Fukuyama writes that classical liberalism is in a state of crisis and asks essential questions about how to move forward. While liberalism was developed to help govern diverse societies and was grounded in fundamental principles of equality and the rule of law, huge inequalities still evolved. And while liberalism emphasizes the rights of individuals to pursue personal happiness, free from encroachment by the government, we still disagree about what those freedoms entail.

Fukuyama writes about how liberalism hasn’t always lived up to its own ideals. In the U.S., many people have been – and still are – consistently denied equality before the law, including African Americans and other people of color, members of the LGBTQIA+ community, women, and many more. He also examines how, in recent decades, the principles of liberalism have been pushed to new extremes by both the right and the left. The result, Fukuyama argues, has been a fracturing of our civil society and an increasing peril to our democracy.

Francis Fukuyama is the Olivier Nomellini Senior Fellow at Stanford University’s Freeman Spogli Institute for International Studies. He has previously taught at the Paul H. Nitze School of Advanced International Studies of Johns Hopkins University and at the George Mason University School of Public Policy. He was a researcher at the RAND Corporation and served as the deputy director in the State Department’s policy planning staff. He is the author of The End of History and the Last Man, Trust, and America at the Crossroads: Democracy, Power, and the Neoconservative Legacy.

Eric Liu is the co-founder and CEO of Citizen University and director of the Aspen Institute’s Citizenship & American Identity Program. He is the author of several acclaimed books, most recently, Become America: Civic Sermons on Love, Responsibility, and Democracy — a New York Times New & Notable Book. He has been selected as an Ashoka Fellow and a member of the American Academy of Arts and Sciences. He is featured on the PBS documentary American Creed and is a frequent contributor to The Atlantic. Liu served as a White House speechwriter for President Bill Clinton and as the President’s deputy domestic policy adviser. He was later appointed by President Obama to serve on the board of the Corporation for National and Community Service.