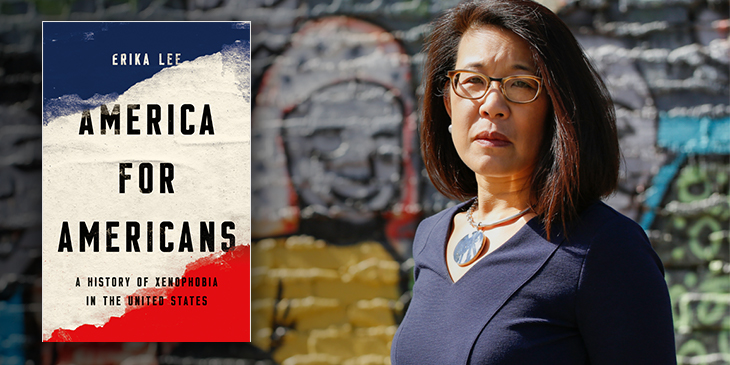 The United States is known as a nation of immigrants—but it is also a nation of xenophobia. Author Erika Lee takes the stage at Town Hall with an unblinking look at the irrational fear, hatred, and hostility toward immigrants which have been defining features of our nation from the colonial era to the Trump era. Drawing on perspectives from her book America for Americans, Lee offers numerous examples chronicling our nation’s entrenched and staunchly negative treatment of immigrants. Benjamin Franklin ridiculed Germans for their “strange and foreign ways.” Americans’ anxiety over Irish Catholics turned xenophobia into a national political movement. Chinese immigrants have been excluded, Japanese incarcerated, and Mexicans deported—and today many Americans fear Muslims, Latinos, and the so-called browning of America. Lee invites us to confront our nation’s history and break down how xenophobia works, why it has endured, and how it threatens America.

Erika Lee is a Regents Professor, the Rudolph J. Vecoli Chair in Immigration History, director of the Immigration History Research Center at the University of Minnesota, and Andrew Carnegie Fellow. She is the author of The Making of Asian America and other award-winning books.