Erik Davis
Drugs, Weirdness, and Visionary Experience in the Seventies 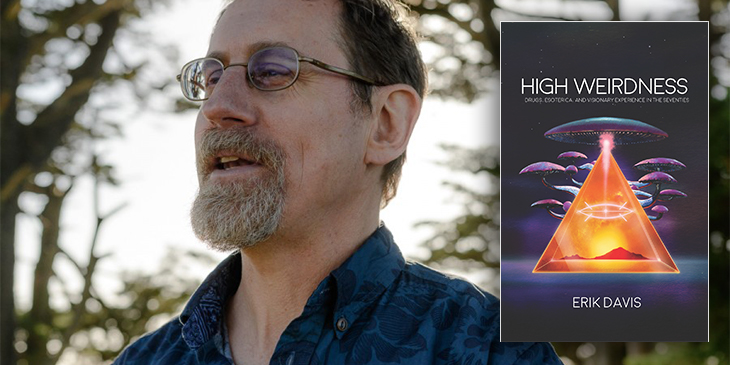 With insight from his book High Weirdness, Davis examines the published and unpublished writings of these vital, iconoclastic thinkers, as well as their own life-changing mystical experiences. Davis explores the complex lattice of the strange that flowed through America’s West Coast at a time of radical technological, political, and social upheaval. Sit in for a glimpse of Davis’ new theory of the weird as a viable mode for a renewed engagement with reality.

Erik Davis is a journalist, critic, podcaster, counter-public intellectual whose writings have run the gamut from rock criticism to cultural analysis to creative explorations of esoteric mysticism. He is the author of Techgnosis: Myth, Magic and Mysticism in the Age of Information, The Visionary State: A Journey through California’s Spiritual Landscape, and Nomad Codes: Adventures in Modern Esoterica.