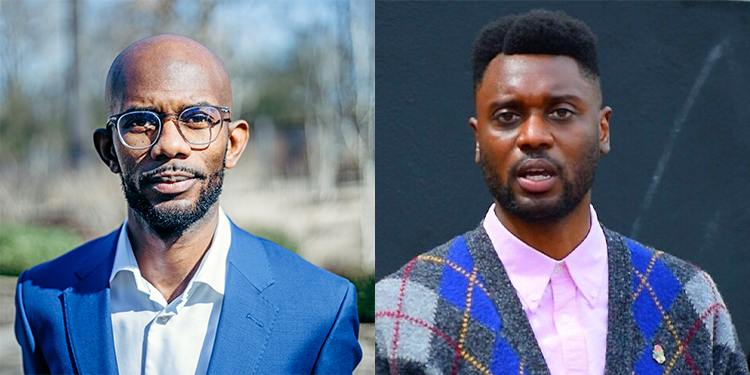 College campuses in the mid-twentieth century are an oft-forgotten battle ground in the fight for (and against) civil rights. Professor Dr. Eddie Cole believes the role of campus activism in the fight for social equality has been overlooked. In conversation with writer and historian Shaun Scott, Cole joins us with findings from his meticulously researched new book The Campus Color Line: College Presidents and the Struggle for Black Freedom.

Focusing on the period between 1948 and 1968, he explores how college presidents, during a time of violence and unrest, initiated and shaped racial policies and practices inside and out of the educational sphere. He argues that the most pressing civil rights issues—desegregation, equal employment opportunity, fair housing, free speech—were closely intertwined with higher education institutions. With an eye for nuance, Cole examines how colleges, and their leadership, positioned themselves amid conflicting interests and demands, with courage and hope as well as malice and cruelty.

Do not miss this vital conversation that illuminates the legacy of academic leaders’ actions—and how that legacy continues to influence the unfinished struggle for Black freedom and racial equity today.

Eddie R. Cole, Ph.D., is an associate professor of higher education and organizational change at UCLA. His scholarship and public writing has also been featured in The Washington Post, Los Angeles Times, and Chronicle of Higher Education. He has been the recipient of numerous prestigious awards and recognitions, including research fellowships and grants from Princeton University and the University of Chicago, and has been a Dean’s Distinguished Visiting Fellow at the Harvard Graduate School of Education.

Shaun Scott is a Seattle-based writer and historian. A former Pramila Jayapal staffer, 2019 Seattle City Council candidate, and Bernie Sanders 2020 Washington State Field Director. His essays about popular culture and late capitalism have appeared in Sports Illustrated, The Guardian, and Jacobin Magazine. He is the author of the paperback Millennials and the Moments that Made Us: A Cultural History of the US from 1982-Present.