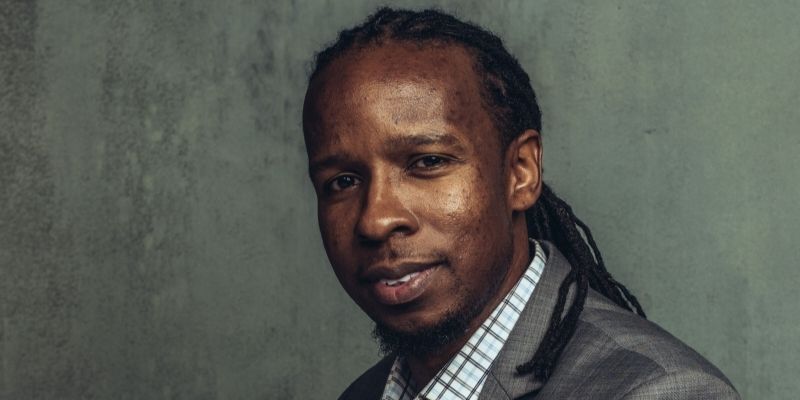 We’re pleased to partner with two local booksellers to bring you How to Raise an Antiracist (Hardcover) by Ibram X. Kendi. With the exception of 22 & Under tickets, all tickets are bundled with a copy of the book. Additional copies can be ordered from our friends at Elliott Bay Book Company or Third Place Books.

These are all questions Dr. Kendi had been asking himself ever since he became a teacher — but the question became more personal and urgent when he found out his partner, Sadiqa, was pregnant. Like many parents, he didn’t know how to answer the question — and wasn’t sure he wanted to. He didn’t want to educate his child on antiracism; he wanted to shield her from the toxicity of racism altogether.

With research and experience, Dr. Kendi changed his mind. He realized that antiracism has to be taught and modeled as early as possible — not just to armor children against the racism still indoctrinated and normalized in their world, but to remind parents and caregivers to build a more just future for us all.

In How to Raise an Antiracist, Kendi combines vital scholarship with a compelling personal narrative of his journey as a parent to create a work grounded in research and relatable real-world experience. The chapters follow the stages of child development from pregnancy to teenager; they don’t just help parents to raise antiracists, but also to create an antiracist world where they can grow and thrive.

Dr. Ibram X. Kendi is the Andrew W. Mellon Professor in the Humanities at Boston University and the founding director of the BU Center for Antiracist Research. He is a contributing writer at The Atlantic and a CBS News racial justice contributor. He is the host of the new action podcast Be Antiracist. Dr. Kendi is the author of many highly acclaimed books including Stamped from the Beginning: The Definitive History of Racist Ideas in America, which won the National Book Award for Nonfiction, making him the youngest-ever winner of that award. He has also produced five straight #1 New York Times bestsellers, including How to Be an Antiracist, Antiracist Baby, and Stamped: Racism, Antiracism, and You, co-authored by Jason Reynolds. In 2020, Time magazine named Dr. Kendi one of the 100 most influential people in the world. He was awarded a 2021 MacArthur Fellowship, popularly known as the Genius Grant.

On June 14, 2022, Dr. Kendi will also publish Goodnight Racism (Kokila), a modern bedtime classic illustrated by Cbabi Bayoc that gives children the language to dream of a better world.

Drego Little teaches 5th grade through college. For the last 19 years he has taught Literature/Writing for the Rainier Scholars, an educational enrichment program that supports first-generation students of color from 5th grade through the undergraduate years. In addition to working in professional development for schools, he also works in the Matteo Ricci Institute at Seattle University where he trains upcoming teachers, teaches Literature Humanities, and a seminar on the effects of trauma in society.  A reading specialist by training, he works in the humanities because “that’s where all the best books and ideas are.”

Presented by Town Hall Seattle and Seattle’s Child. This event is sponsored by The Boeing Company.