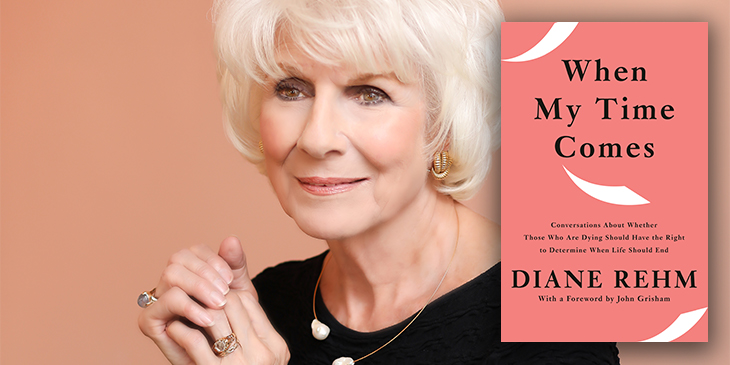 Death is an integral part of life—and according to the Right-To-Die movement we should have the freedom to choose to end their own life. Renowned radio host Diane Rehm makes her way to Town Hall to address the urgent, hotly contested cause of the Right-to-Die movement with insight from her book When My Time Comes. In conversation with KUOW’s Ross Reynolds, Rehm draws on interviews with terminally ill patients, and with physicians, ethicists, spouses, relatives, and representatives of those who vigorously oppose the movement to give voice to a broad range of people who are personally linked to the realities of medical aid in dying. Rehm presents the fervent arguments—both for and against—that are propelling the current debates across the nation about whether to adopt laws allowing those who are dying to put an end to their suffering. Rehm and Reynolds invites us to investigate both sides of the argument, providing critical context and informed responses that aim to dispel misconceptions and misrepresentations of end-of-life care.

Diane Rehm has spent nearly 40 years as radio host for WAMU and NPR. In 1979 she began hosting WAMU’s local morning talk show, Kaleidoscope, which was renamed The Diane Rehm Show in 1984. Rehm is known for her unique mix of curiosity, honesty, and intimacy in her programming.

Ross Reynolds is the Executive Producer of Community Engagement at KUOW. He creates community conversations such as the Ask A events. He is the former co-host of KUOW’s daily news magazine The Record and KUOW’s award–winning daily news–talk program The Conversation.