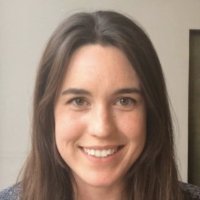 This is an all-ages event, but alcohol will be available for purchase at Hale’s Brewery.

Beer has played a pivotal role throughout history—from influencing ancient Mesopotamian agriculture to bankrolling Britain’s imperialist conquests. Food and tech journalist Devin Briski chronicles the fascinating history of the world’s (arguably) most popular beverage in her book Beeronomics: How Beer Explains the World. Briski is joined onstage by Robyn Schumacher, Washington State’s first female cicerone (the beer equivalent of a sommelier). Together the two take us on a history of the world though beer, tracking the resurgence of ancient brewing techniques and the recent rise of the craft beer movement in America and Europe—up through the revolution of small independent craft breweries. Join Briski and Schumacher for a discussion on how beer has shaped the course of history—and for a new appreciation for the brands and styles of beer on shelves at your local supermarket or on tap at the nearby pub.

Devin Briski is a print and audio journalist. She serves as content marketing manager for the events team at Vox Media, which produces Code Conference and Vox Conversations. Devin began her career in Silicon Valley, where she worked on the publishing and marketing team of Stanford Social Innovation Review and co-founded online magazine The Ventured Life.

Robyn Schumacher is a brewer and co-founder of Stoup Brewing—and is Washington State’s first female cicerone. Previously Robyn has experience as a high school biology teacher before the allure of brewing called her to attend the Master Brewers Association conference, manage the brewing program at a local Seattle eatery, and passed the Cicerone Certification Exam in 2012.

Presented by Town Hall Seattle and Phinney Neighborhood Association as part of the Science series.