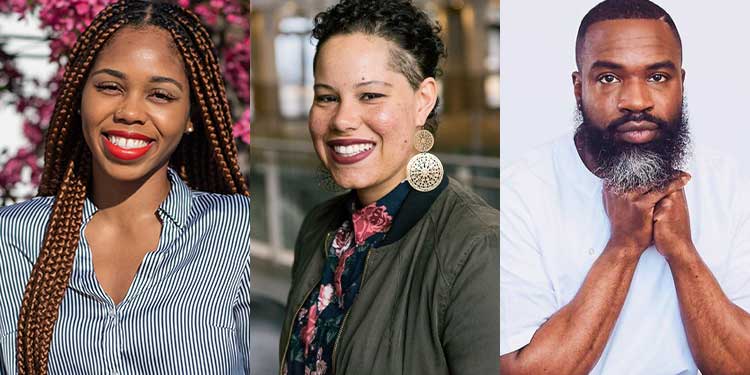 In Becoming Abolitionists, Purnell highlights social movements and activists through time and space, the lessons learned from them, and the elements of policing that no longer serve us. From South Africa to Ferguson, Missouri (where the Black Lives Matter movement was ignited after the police shooting death of the unarmed Black teenager, Michael Brown); from Reconstruction to contemporary protests against police shootings, Purnell looks at the roots of police reform and the ways it has failed and will continue to fail. Instead, Purnell asserts, society needs to eliminate its reliance on policing. The prison-industrial complex must be dissolved. Communities must rebuild labor organizing and disrupt wealth inequality. Laws must be passed around prison labor, voting rights, gun ownership, campaign finance, and decriminalize thousands of behaviors. Social workers and mental health experts need to be on the front lines. This all is a daunting list to get through. It might not be done tomorrow, but, again, a young Black life might be lost tomorrow.

Derecka Purnell is a human rights lawyer, writer, and organizer who works to end police and prison violence by providing legal assistance, research, and training in community-based organizations through an abolitionist framework. Her writing has been published in The New York Times, The Atlantic, The Guardian, Cosmopolitan, Harper’s Bazaar, and Teen Vogue, among many others. Purnell has also appeared on NPR, Democracy Now!, Slate’s What Next, and MSNBC, and is the former Editor-in-Chief of the Harvard Journal of African American Public Policy. She holds a JD from Harvard Law School.

Nikkita Oliver (they/them) is a Seattle-based creative, community organizer, abolitionist, educator, and attorney. They are the executive director of Creative Justice, an arts-based alternative to incarceration and a healing, engaged, youth-led, community-based program. Oliver organizes with No New Youth Jail, Decriminalize Seattle, Covid-19 Mutual Aid Seattle, and the Seattle People’s Party. They have been featured on the Breakfast Club, KUOW’s The Week in Review, and The Late Night Show with Stephen Colbert, and their work has been seen on the South Seattle Emerald, Crosscut, the Establishment, and more.

Darnell L. Moore is a media maker, educator, writer, and thought leader whose work on marginal identity, equity, and social justice has enabled him to be in community with those creating impact in the U.S. and abroad over the past two decades. A prolific writer, Darnell has been published in various media outlets including the New York Times Book Review, MSNBC, The Guardian, Quartz, Playboy, Huffington Post, EBONY, and many more, as well as in numerous academic journals. He is the recipient of many honors for his work, including the New York Times Notable Book of the Year and the Lambda Literary Award for his 2018 title, No Ashes in the Fire. He is currently Director of Inclusion for Content and Marketing at Netflix.