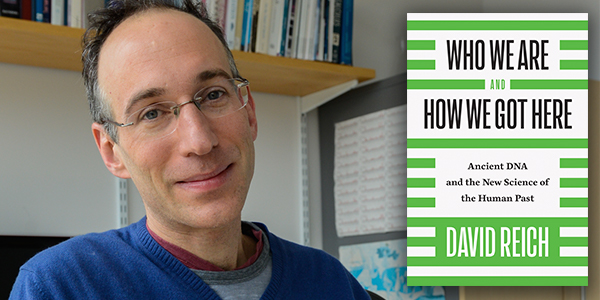 The genomic revolution is transforming our understanding of modern humans. Geneticists like David Reich have made astounding advances in genomics, which is proving to be as important a field as archeology or linguistics for understanding our ancestry. Reich arrives at Town Hall to enlighten us with provocative research and unparalleled scientific studies that have yielded revolutionary findings—compiled in his book Who We Are and How We Got Here. He reveals the hidden story of our species, offering insight on DNA studies that reveal deep inequalities among different populations, between the sexes, and among individuals. Reich suggests that there might very well be biological differences among human populations—many of which are unlikely to conform to common stereotypes. Join Reich for a captivating glimpse into the origins of humankind, and a chance to apply the genetic findings of the past to our lives today.

David Reich is Professor of Genetics at Harvard Medical School and a Howard Hughes Medical Institute Investigator, with a reputation as one of the world’s leading pioneers in analyzing ancient human DNA. In a 2015 article in Nature, he was named one of ten people who matter in all of the sciences for his contribution to transforming ancient DNA data “from niche pursuit to industrial process.” Awards he has received include the Newcomb Cleveland Prize from the American Association for the Advancement of Science, as well as the Dan David Prize in the Archaeological and Natural Sciences for his computational discovery of intermixing between Neanderthals and Homo sapiens.