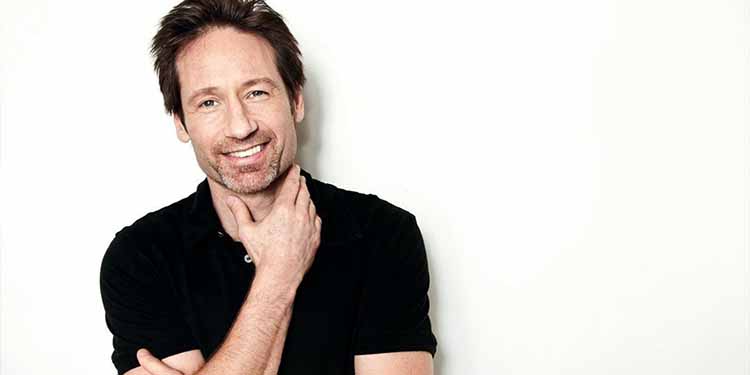 David Duchovny is best known for his television roles as FBI agent Fox Mulder on The X-Files (1993-2002 and 2016-2018) and writer Hank Moody on Californication (2007-2014), both of which earned him Golden Globe awards. Beyond his extensive on-screen accomplishments, which include dozens of other films and television shows, he’s also a musician and the writer of four novels. Duchovny last joined us at Town Hall to talk about his 2016 book, Bucky F*cking Dent; this June, we’re pleased to welcome him back to discuss his latest title, The Reservoir.

Inspired by Duchovny’s own quarantine times in New York City, The Reservoir follows an unexceptional man living during an exceptional time. Ridley, a former Wall Street veteran, looks back on his life during his days of quarantined solitude and examines his wins, failures, career, relationships, and family. Brooding night after night, he gazes out his picture window high above the Central Park Reservoir and spots a flashing light in an apartment across the park. It’s almost as if a lonely quarantined person is signaling him in Morse code. Who are they? And are they in trouble? Determined to identify the mystery person, Ridley leaves the safety of his apartment to save his hypothetical damsel in distress and descends into a surreal and dangerous world of conspiracies, madness, and sickness. As he spirals further into mysteries of love, life, and fatherhood, he realizes that the key to it all might lie deep beneath the freezing waters of the reservoir.

Join us at Town Hall as Duchovny discusses his latest novel’s twists, turns, and reflections of our disorienting and distanced times.

David Duchovny is an award-winning actor, writer, director, New York Times best-selling author, and singer-songwriter. With an acting career spanning more than three decades, Duchovny is a two-time Golden Globe winner and four-time Emmy nominee. He is a prolific author whose fourth novel, Truly Like Lightning, was published in February 2021. His previous novels include the New York Times bestseller Holy Cow, Bucky F*cking Dent, and Miss Subways. As a musician, Duchovny has released two studio albums, Hell or Highwater and Every Third Thought.

Jess Walter is a former National Book Award finalist and winner of the Edgar Allan Poe Award, the author of seven novels, one book of short stories, and one nonfiction book. His work has been translated into 32 languages, and his fiction has been selected three times for Best American Short Stories as well as the Pushcart Prize and Best American Nonrequired Reading. His stories, essays, and journalism have appeared in Harper’s, Esquire, Playboy, McSweeney’s, Tin House, Ploughshares, the New York Times, the Washington Post, and many others.