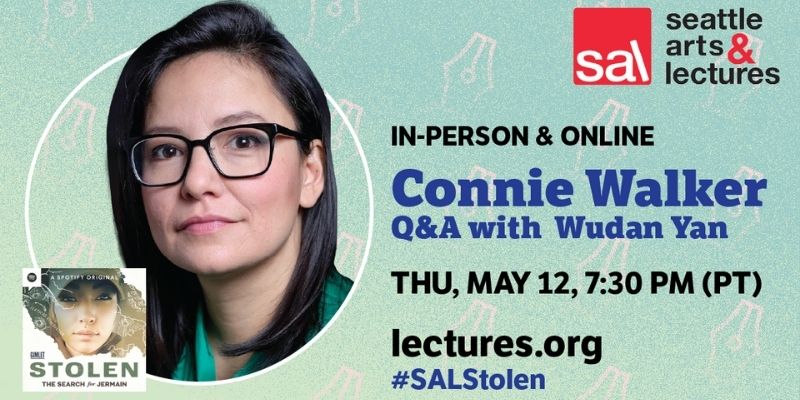 In 2018, a twenty-three-year-old Indigenous mother named Jermain Charlo left a bar in Missoula, Montana, and was never seen again. After two years and thousands of hours of investigative work, police believe they are close to solving the mystery of what happened to her. Stolen, a podcast by investigative journalist Connie Walker on Gimlet Media, goes inside the investigation, tracking down leads and joining search parties through the dense mountains of the Flathead Reservation. As Walker unravels the mystery, her show examines what it means to be an Indigenous woman in America.

Connie Walker, an award-winning Cree journalist from Okanese First Nation in Saskatchewan, is the former host of the CBC News podcast, Missing & Murdered. In Stolen, her first series for Gimlet Media, Walker travels to Montana to tell the story of Jermain Charlo who was last seen on the evening of June 16, 2018, in Missoula.

“With podcasting, you have the time and space to really dive in and connect the dots in a way that was really difficult to do when I was a news reporter,” Walker says. She hopes Stolen: The Search for Jermain will bring new attention to Charlo’s case, and shed light on the epidemic of missing and murdered Indigenous women in general.

In 2018, Walker’s podcast Missing & Murdered: Finding Cleo won the inaugural Best Serialized Story award at the Third Coast International Audio festival. The podcast was also featured in the Columbia Journalism Review, The Rolling Stone, Vulture, Teen Vogue,and Chatelaine, and was named one of the Best Podcasts of 2018 by Apple Canada.

In 2017, Missing & Murdered: Who Killed Alberta Williams? won the RTDNA’s Adrienne Clarkson Award and was nominated for a Webby Award. Walker and her colleagues at the CBC’s Indigenous Unit won multiple awards for their investigative work, including the 2016 Canadian Association of Journalists’ Don McGillivray Investigative Award, a Canadian Screen Award, and the prestigious Hillman Award for the Missing & Murdered: The Unsolved Cases of Indigenous Women and Girls interactive website.

Connie Walker is an award-winning Cree journalist from Okanese First Nation in Saskatchewan.

Wudan Yan, the Q&A moderator for the evening, is an independent journalist based in Seattle. She writes about science and society for The Atlantic, High Country News, MIT Technology Review, New York Magazine, The New York Times, and others.

Seattle Arts & Lectures (SAL) cultivates transformative experiences through story and language with readers and writers of all generations. This program is part of their Journalism series. Learn more about SAL programs here.