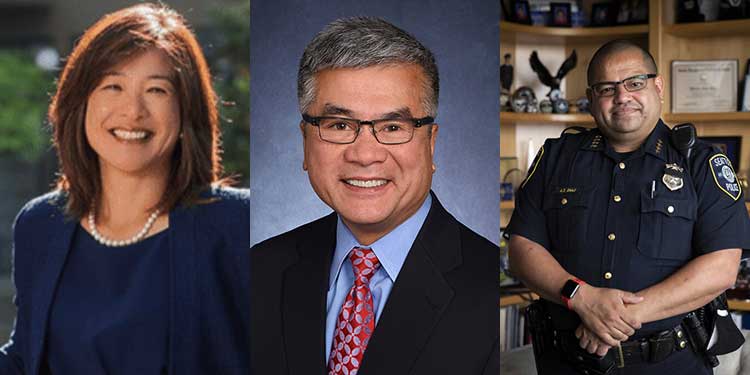 Xenophobia and bigotry against the Asian American and Pacific Islander (AAPI) community are on the rise in cities throughout the country, including Seattle. With nearly 4,000 hate crimes reported in the last 12 months, this trajectory became impossible to ignore when six Asian women were killed in a shooting in Atlanta. Why did this happen? What were the stepping stones that led to this increase in violence? Could those stepping stones have been influenced by a president who used bigoted and racist language in reference to a global health crisis?

In the third installment of Seattle University’s “The Conversations,” we hear from former U.S. ambassador to China and former Washington Governor Gary Locke, CEO of Treehouse Lisa Chin, and interim Seattle Police Chief Adrian Diaz. Journalist Joni Balter and Dr. Larry Hubbell, longtime previous director of the Seattle University Institute of Public Service, moderate an honest discussion with Locke, Chin, and Diaz about the possible causes of this disturbing trend—and offer suggestions on how we can make change around a problem that has a long legacy of harming our communities. With student questions led by Asian Studies Program Director Dr. Yitan Li, you won’t want to miss this essential and urgent conversation.