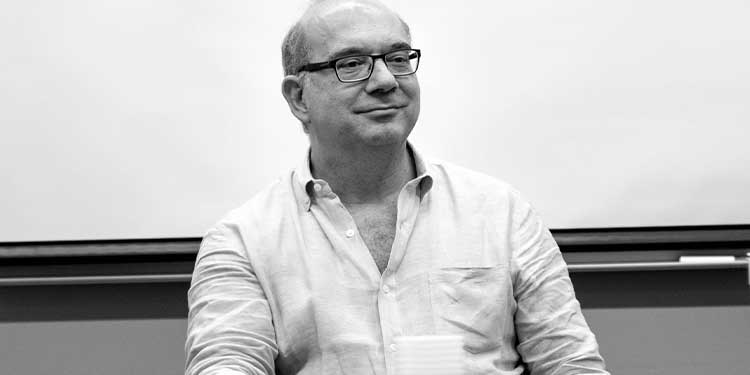 Tracing his grandparents’ exile from Eastern Europe to South America through to his own experiences, anthropologist Claudio Lomnitz joins us with a stunningly personal study of the intersections between Jewish and Latin American culture.

Drawing on his memoir about his immigrant family, Nuestra America: My Family in the Vertigo of Translation, Lomnitz weaves a fascinating culture study. Beginning with his grandparents, he explores how they became involved in the Peruvian leftist intellectual milieu and its practice of connecting Peru’s indigenous past to an emancipatory internationalism that included Jewish culture and thought. After being thrown into prison, his grandparents were exiled to Colombia, and then journeyed to Chile during World War II. From there, Lomnitz takes us to Israel in the 1950s, and finally to his own youth, living with his parents in Berkeley, California, and Mexico City. With keen psychological insight, he invites us to a glimpse at the worldview, culture, and spirit of countries such as Peru, Colombia, and Chile, from the perspective of educated Jewish emigrants imbued with the hope and determination typical of those who escaped Europe in the 1920s.

Claudio Lomnitz is an anthropologist, historian, and critic who works broadly on Latin American culture and politics. He is Professor of Anthropology at Columbia University. Lomnitz’s books include Death and the Idea of Mexico and The Return of Comrade Ricardo Flores Magón, among many others. As a regular columnist in the Mexico City paper La Jornada and an award-winning dramaturgist, he is committed to bringing historical and anthropological understanding into public debate.