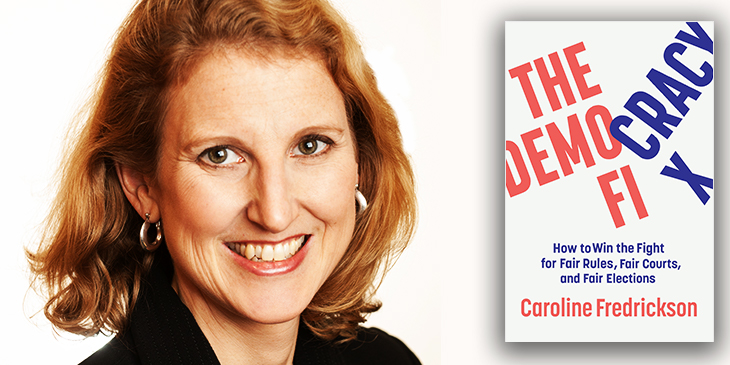 Despite representing a minority of the American public, conservatives are in power in Washington, DC as well as state capitols and courtrooms across the country. Caroline Fredrickson—president of the American Constitution Society—arrives at Town Hall to outline the process by which these conservative representatives came into power. With insight from her book The Democracy Fix, she contends that while progressives fought to death over the nuances of policy and to bring attention to specific issues, conservatives focused on simply gaining power by gaming our democracy.

Now Fredrickson argues that it’s time for progressives to focus on winning. She shows us how progressives can learn from the Right by having the determination to focus on judicial elections, state power, and voter laws without stooping to their dishonest, rule-breaking tactics. Join Fredrickson for a conversation on how we can work to change the rules of the game to regain power, expand the franchise, end voter suppression, win judicial elections, and fight for transparency and fairness in our political system.

Caroline Fredrickson is the president of the American Constitution Society (ACS) and the author of Under the Bus: How Working Women Are Being Run Over. She has been widely published on a range of legal and constitutional issues and is a frequent guest on television and radio shows. Fredrickson was chief of staff to Senator Maria Cantwell and deputy chief of staff to then Senate democratic leader Tom Daschle. During the Clinton administration, she served as special assistant to the president for legislative affairs.