Skip to content
Caitlin Doughty
Will My Cat Eat My Eyeballs? And Other Questions About Death 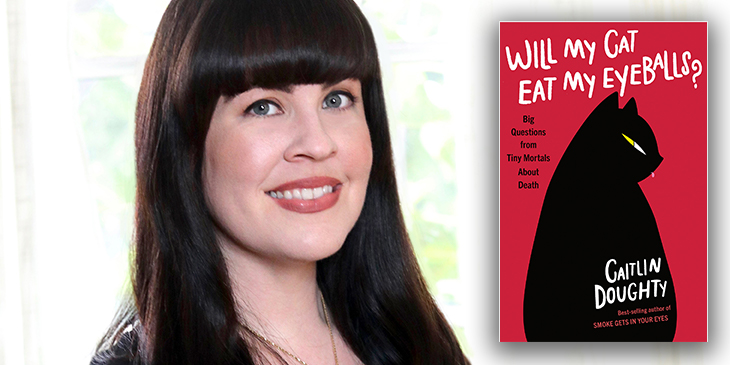 What would happen to an astronaut’s body if it were pushed out of a space shuttle? Do people poop when they die? Can Grandma have a Viking funeral? Every day, funeral director Caitlin Doughty receives dozens of questions about death. Doughty takes Town Hall’s stage, bringing us wisdom from her book Will My Cat Eat My Eyeballs?: Big Questions from Tiny Mortals About Death to offer a blend of her scientific understanding of the body and the intriguing history behind common misconceptions about corpses. She offers factual, hilarious, and candid answers to urgent questions about what happens if you die on an airplane, the best soil for mummifying your dog, and whether or not you can preserve your friend’s skull as a keepsake. Join Doughty for a look into the fascinating truths about what will happen (to our bodies) after we die.

Caitlin Doughty is a licensed mortician and the New York Times best-selling author of Smoke Gets in Your Eyes and From Here to Eternity. She is the creator of the “Ask a Mortician” web series and founder of The Order of the Good Death.