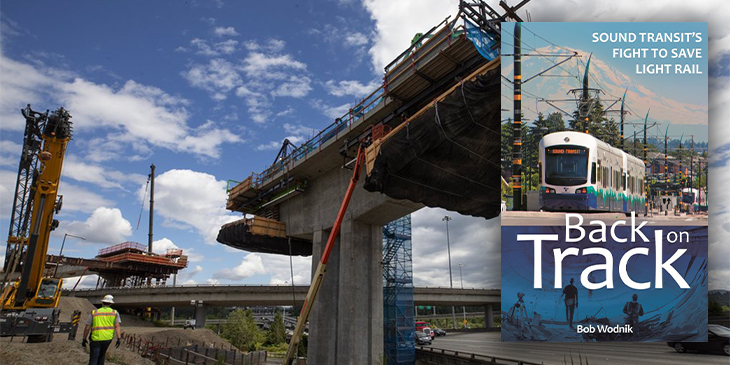 Observing its bustling stations today, it is difficult to picture Seattle and surrounding cities without Sound Transit—let alone imagine the agency teetering near collapse. But, as Bob Wodnik and Joni Earl recall, in 1996 the fledgling light rail program’s extended timetable and inflated budget led to a torrent of angry taxpayers and public ridicule. Wodnik and Earl take us back to this fraught era of Seattle public transit, drawing from Wodnik’s book Back on Track: Sound Transit’s Fight to Save Light Rail.

Together they recount Earl’s efforts as Sound Transit’s newly appointed CEO in 2000—how she rallied remaining team members, secured a crucial $500 million federal grant, publicly confronted critics, and presented a realistic revised budget. Earl delves into the process of navigating lawsuits, expectations of outlying communities, and the complex and at times excessive demands of impacted locations. Listen in for the story of Earl’s struggle to build Sound Transit’s train and bus system into the thriving public resource we enjoy today.

Bob Wodnik served as Sound Transit’s senior communications specialist from 1999 to 2017. He has been a reporter and columnist for the Everett Herald and a reporter for the Aberdeen Daily World. He is the author of Captured Honor: POW Survival in the Philippines and Japan.