Bob Roth and David Lynch
Strength in Stillness: The Power of Transcendental Meditation 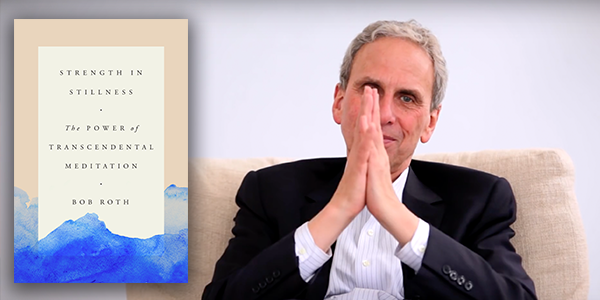 SOLD OUT. There will be a standby line at the door.

Every day we face a growing epidemic of stress that is damaging to our physical and emotional health. While there is no one single cure, a simple practice dramatically changes how we respond to stress and life’s challenges: the Transcendental Meditation technique. Bob Roth, a world authority on Transcendental Meditation for forty-five years, joins us to present wisdom from his book Strength In Stillness: The Power of Transcendental Meditation. He is joined onstage by Oscar-nominated filmmaker David Lynch, founder of the David Lynch Foundation for Consciousness-Based Education and World Peace. Together they outline meditation’s scientifically proven benefits—improved focus, sleep, resilience, creativity, and memory to name a few—and demonstrate how this five-thousand-year-old technique can have a clear and direct impact on our very modern problems. They highlight the three distinct types of meditation—focused attention, open monitoring, and self-transcending—and showcase the evidence that the third, Transcendental Meditation, is the most effective and efficient way to reduce stress, access inner power, and build resilience. Join Roth and Lynch for a simple, practical, and straightforward guide to the healing and stress-reducing potential of Transcendental Meditation.

Bob Roth is one of the most experienced and sought-after meditation teachers in the world, with 45 years experience teaching Transcendental Meditation to billionaire CEOs, Hollywood celebrities, combat-scarred veterans, and inner-city youth. He currently serves as the CEO of the David Lynch Foundation, and also directs the Center for Leadership Performance. Bob is the host of the SiriusXM radio show, Success Without Stress, and speaks frequently about the science of meditation to industry leaders at such gatherings as Google Zeitgeist, Aspen Ideas Festival, Wisdom2.0, and Summit.

Three-time Oscar-nominated director David Lynch is among the leading filmmakers of our era. From the early seventies to the present day, Lynch’s popular and critically acclaimed film projects, which include Eraserhead, The Elephant Man, Wild at Heart, Blue Velvet, Mulholland Drive, INLAND EMPIRE, and Twin Peaks are internationally considered to have broken down the wall between art-house cinema and Hollywood moviemaking. He is founder and chairman of the Board of Trustees of the David Lynch Foundation for Consciousness-Based Education and World Peace.

Presented by Town Hall Seattle as part of the Arts and Culture series.