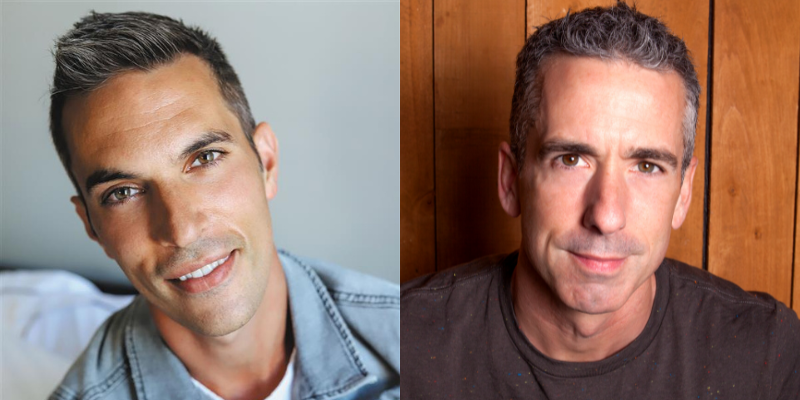 Join award-winning NPR journalist Ari Shapiro for an evening of conversation about his memoir and tales from his storied broadcast career.

The beloved host of All Things Considered is known for his adventurous spirit and insatiable curiosity, which has served him well whether he’s traveling on Air Force One with President Obama, navigating war-torn countries, or following community leaders fighting for social justice. His new memoir, The Best Strangers In the World, details all of this and more in captivating essays and is a true love letter to journalism.

Shapiro will be joined by Dan Savage as he shares insights from his life spent listening.

Ari Shapiro is the host of NPR’s All Things Considered, the most listened-to radio news program in the United States. He won the Edward R. Murrow Award for coverage of the Trump Administration’s asylum policies on the U.S.-Mexico border. The Columbia Journalism Review honored him with a laurel for his investigation into disability benefits for injured veterans. The American Bar Association awarded him the Silver Gavel for exposing the failures of Louisiana’s detention system after Hurricane Katrina. And at age 25, Shapiro won the Daniel Schorr Journalism Prize for an investigation of methamphetamine use and HIV transmission. Shapiro makes frequent appearances as a guest singer with the “little orchestra” Pink Martini. He created the original one-man show, Homeward, in 2016. Since 2019, he has performed and toured the stage show Och and Oy! with Tony Award winner Alan Cumming. He lives in Washington, D.C.

Dan Savage is a sex-advice columnist, podcaster, and author whose graphic, pragmatic, and humorous advice has changed the cultural conversation about monogamy, gay rights, religion, and politics. “Savage Love,” Dan’s sex-advice column, was first published in 1991 and is now syndicated across the United States and Canada. He also hosts the Savage Lovecast, a weekly, call-in advice podcast that has over 600,000 monthly downloads and thousands of paying subscribers for premium Magnum content. He recently co-wrote the film Spoiler Alert, directed by Michael Showalter for Focus Features and starring Jim Parsons and Sally Field.

Note: A book add-on is available at checkout.