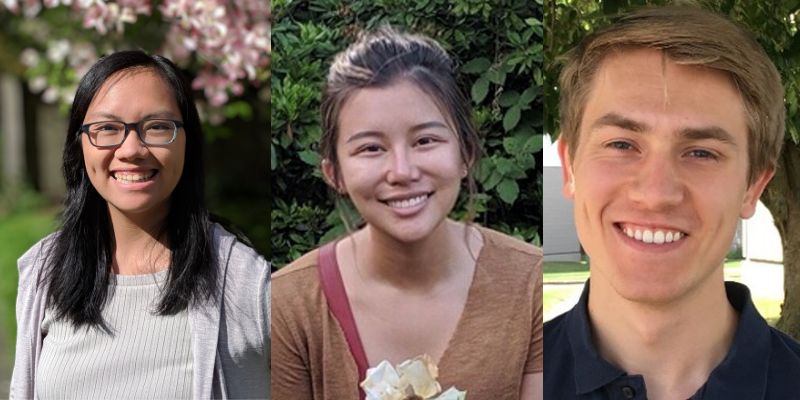 UW Engage Science trains today’s graduate students in cutting-edge communication skills in order to reconnect the public with science and bring about a more informed tomorrow. Join us for a look at the forefront of research in our region and meet the students who are leading the latest wave of scientific discovery.

Bio: April Lo (she/her) is a genome sciences graduate student at the University of Washington and the Fred Hutchinson Cancer Research Center. In her research, she studies what happens in lung cancer cells when there are errors or imbalances in genes. By connecting changes in genes to changes in the cell’s messaging system, she hopes to better understand and help treat this deadly cancer.

Description: Lung cancer often develops because of errors in our genes, but knowing which genetic error is causing a cancer doesn’t always mean we can cure it. Sometimes we can correct the gene itself, but often we have better luck if we instead stop the harmful effects of the gene’s error. One major effect is the incorrect editing of mRNA, which are the messages from genes that tell the cell what to make and do. If we know the problematic edits that are being made because of specific genetic errors, we can design treatments which re-edit these messages so that they tell the cell to behave normally instead of going out of control, and we can deliver these treatments only to cancers with the relevant genetic error. With this strategy, we could cure more cancers and have customized cures so that patients no longer have to go through exhausting treatments which may not even work for them.

Doris Dai: Frozen in Time — Perceiving Native Americans as People of Past Has Negative Implications for Racial Equality

Bio: Lance De Koninck (he/him) is a second-year bioengineering Ph.D. student studying how to better deliver drugs using ultrasound. His research explorers how ultrasound can increase the temperature inside of cells, weakening them and assisting drugs to better penetrate these cells.

Description: Every year in the U.S. there are 1.4 million people who start chemotherapy, a drug which attacks fast-growing cells, like cancer, in their bodies. Unfortunately, hair, skin, and immune cells are also fast-growing and get damaged or destroyed by chemotherapy during the average 5-month treatment time. Recently, techniques have been developed with ultrasound to create a heat-based therapy that weakens cancer cells in a tumor, but the treatment area is too small to enhance chemotherapy. By combining this ultrasound technique with an ultrasound agent know as microbubbles, we can expand the treatment area to cover an entire tumor, weakening the tumor and allowing easy access for the chemotherapy treatment. With improved efficiency, chemotherapy can destroy cancer faster, collateral damage is minimized, and patient recovery times are reduced.