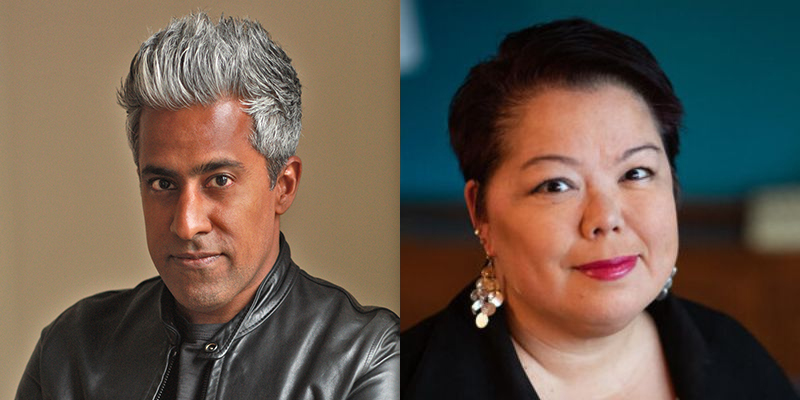 It can be said that the lifeblood of any free society is persuasion: changing other people’s minds in order to change things. But what happens when people increasingly write one another off instead of seeking to win one another over?

Journalist and Town Hall alumni Anand Giridharadas contends that America is suffering a crisis of faith in persuasion that is putting its democracy and the planet itself at risk. Debates are framed in moralistic terms, with enemies battling the righteous. Movements for justice are building barriers to entry instead of on-ramps, he argues, and political parties are focusing on the mobilization of the faithful rather than wooing the skeptical.

In Giridharadas’ new book The Persuaders, he takes us inside these movements and battles, seeking out the dissenters who continue to champion persuasion in an age of polarization. He introduces us to a leader of Black Lives Matter; a trailblazer in the feminist resistance to Trumpism; white parents at a seminar on raising adopted children of color; Bernie Sanders and Alexandria Ocasio-Cortez; a team of door knockers with an uncanny formula for changing minds on immigration; an ex-cult member turned QAnon deprogrammer; and Russian operatives clandestinely stoking Americans’ fatalism about one another.

As the book’s subjects grapple with how to call out threats and injustices while calling in those who don’t agree with them (but one day, just might), they point a way to healing — and changing — a fracturing country.

Anand Giridharadas is the author of the international best-seller Winners Take All, The True American, and India Calling. A former foreign correspondent and columnist for The New York Times for more than a decade, he has also written for The New Yorker, The Atlantic, and Time, and is the publisher of the newsletter The.Ink. He is an on-air political analyst for MSNBC. He has received the Radcliffe Fellowship, the Porchlight Business Book of the Year Award, Harvard University’s Outstanding Lifetime Achievement Award for Humanism in Culture, and the New York Public Library’s Helen Bernstein Book Award for Excellence in Journalism. He lives in Brooklyn, New York.

Naomi Ishisaka is the Assistant Managing Editor for Diversity and Inclusion and the Social Justice Columnist for The Seattle Times. She is an award-winning journalist and photographer who focuses on racial equity and social justice. Her writing and photography have appeared in The Seattle Times, Seattle Magazine, City Arts, ColorsNW Magazine, Seattle Globalist, South Seattle Emerald and other publications. Ishisaka is a frequent speaker at media workshops and community events, and is on the board of the Asian American Journalists Association (AAJA) Seattle chapter.