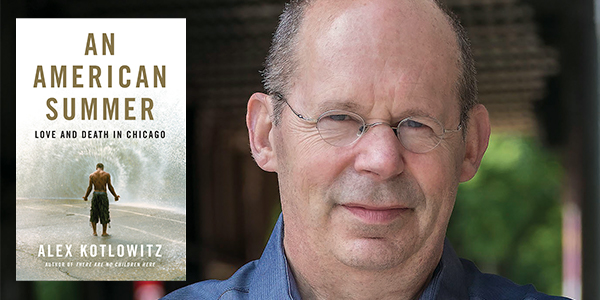 The numbers are staggering: over the past twenty years in Chicago, 14,033 people have been killed and another roughly 60,000 wounded by gunfire. What does that do to the spirit of individuals and community? Journalist and storyteller Alex Kotlowitz joins us with a deeply intimate collection of chronicles from the lives of individuals who have emerged from this violence—all gathered together in his book An American Summer: Love and Death in Chicago.

Kotlowitz meets with KUOW’s Ross Reynolds to explore these thoughtful and empathetic individuals: a man who as a teenager killed a rival gang member and twenty years later is still struggling to come to terms with what he’s done; a devoted school social worker whose student refuses to give evidence in the shooting death of his best friend; and the witness to a wrongful police shooting who can’t shake what he has seen. Join Kotlowitz and Reynolds for a piercingly honest portrait of a city—and its people—in turmoil, and a perspective that seeks to upend what we think we know about gun violence in America.

Alex Kotlowitz is the author of three previous books, including the national bestseller There Are No Children Here, selected by the New York Public Library as one of the 150 most important books of the twentieth century. His book The Other Side of the River was awarded the Chicago Tribune’s Heartland Prize for Nonfiction. His work has appeared in The New Yorker, The New York Times Magazine and on This American Life.

Ross Reynolds is the Executive Producer of Community Engagement at KUOW. He creates community conversations such as the Ask A events, and occasionally produces arts and news features. He is the former co-host of KUOW’s daily news magazine The Record and KUOW’s award–winning daily news–talk program The Conversation.