Skip to content
Alex Daly
The Secrets of Crowdsourcing 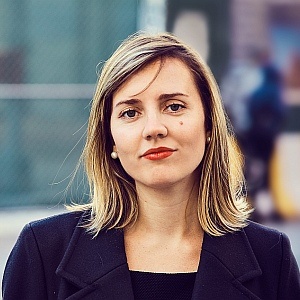 The crowdfunding industry has generated several billions of dollars in funding in recent years. But the harsh reality is that around 60 percent of Kickstarter campaigns fail. In The Crowdsourceress: Get Smart, Get Funded, and Kickstart Your Next Big Idea, Alex Daly, a crowdfunding expert who has raised over $20 million for her clients’ campaigns, provides strategies for how to make it work. She will talk about how to build your fan base, create a powerful campaign, and avoid common pitfalls. She has run some of Kickstarter’s biggest projects from TLC’s newest album to Joan Didion’s documentary. Daly delves into her most successful campaigns, sharing proven video tips, pitching tactics, press releases, and rewards ideas. Jesse Reed, cofounder of the Standards Manual says, “Owning The Crowdsourceress is like having Alex Daly’s ‘special sauce’ right at your fingertips.”

Presented by: Third Place Books and Town Hall as a part of our Civics series.
Series supported by: