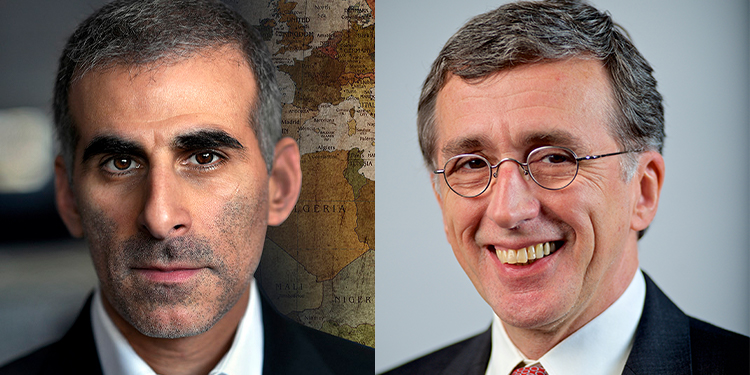 Long neglected in world history, the Ottoman Empire was a hub of intellectual fervor, geopolitical power, and enlightened pluralistic rule. Yet, despite its towering influence and centrality to the rise of our modern world, the Ottoman Empire’s history has for centuries been distorted, misrepresented, and even suppressed in the West, historian Alan Mikhail believes—and he joins us to present a vitally needed recasting of Ottoman history.

Mikhail joins us via livestream, in conversation with history and politics professor Reşat Kasaba, to share insight from his book God’s Shadow: Sultan Selim, His Ottoman Empire, and the Making of the Modern World. Drawing on previously unexamined sources from multiple languages, and with original maps and illustrations, Mikhail weaves a dramatic biography of Sultan Selim I. He challenges us to recalibrate our sense of history, adroitly using Selim’s life to upend prevailing jingoistic “rise of the West” theories, recasting Christopher Columbus’s voyages as a bumbling attempt to slay Muslims, and showing the Ottomans moves to elevate former slaves while other states were deep in the horrors of the transatlantic slave trade. Don’t miss this game-changing presentation that radically reshapes our understanding of the importance of Selim’s Ottoman Empire in the history of the modern world.

Reşat Kasaba, an expert in the history and politics of the Middle East, has taught undergraduate and graduate students at the Jackson School at UW for over 30 years. He served as the director of the Jackson School for 10 years, completing his tenure in June 2020. Kasaba has written and edited seven books and over 40 articles.