KNKX presents
A Studio Session with the Marc Seales Group 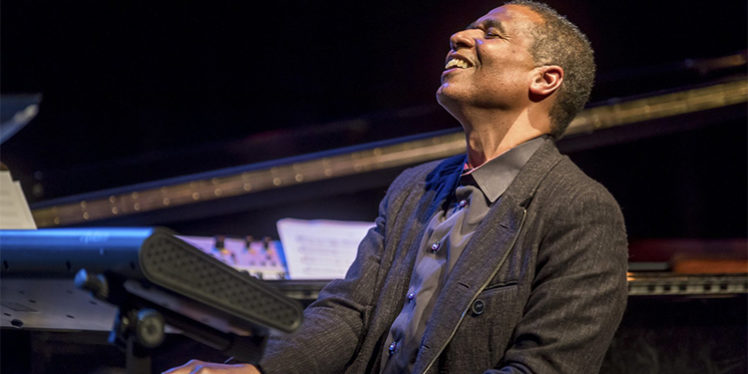 KNKX is proud to present this studio session with the Marc Seales Group, livestreamed from The Forum. Hosted by KNKX jazz ambassador Abe Beeson, the event kicks off with Abe and Marc in conversation, at which point Marc will be joined by bassist Steve Rodby, guitarist Jesse Seales, and drummer Alek Gayton for a long music set.

Marc Seales is a noted pianist, composer, and leading figure in the Northwest jazz scene and has shared stages with many of the great players of the last two decades including Joe Henderson, Art Pepper, and Benny Carter, as well as the late Northwest saxophonist Don Lanphere, and saxophonist/trumpeter Floyd Standifer, whom he names as his mentors. Seales has won numerous Earshot Golden Ear Awards including Instrumentalist of the Year and Acoustic Jazz Group, and he was inducted into the Northwest Jazz Hall of Fame in 2009. The musicians he admires most—in addition to Lanphere and Standifer—are Herbie Hancock, Charlie Parker, John Lewis, John Coltrane, Miles Davis, and Wynton Kelly. Seales is a Professor of Music at the University of Washington in the Jazz Studies Program, and leads various workshops and ensembles.

Steve Rodby (bass) is known for his long-time association with guitarist Pat Metheny, and he’s performed with other jazz greats like Lyle Mays, Eliane Elias, Michael Brecker, and Ramsey Lewis.

Jesse Seales (guitar) is one of the most sought-after guitar teachers in the Pacific Northwest, specializing in rock, blues, jazz, and country. His students come from various backgrounds, including beginners to advanced players, and he teaches a wide range of age groups.

Alek Gatyon (drums) is an Olympia native, who has performed with The Jazz Senators, among other groups, including Delvon Lamarr’s group, disORGANized, which KNKX hosted for a studio session in 2017. He also performed in the Blue Thunder drum line at Seahawks home games.